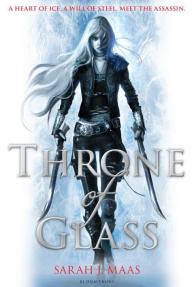 Throne of Glass is a young adult fantasy novel. I can attest to the fact that it is very those two things so if that is not your cup of tea I would skip this one. It is about a 18 year old assassin named Celaena Sardothien. She is the most feared assassin on the continent but one day she gets caught. After she gets caught she is sent to a slave camp and this is where the book starts. She is found in the camp by a hooded man who brings her to the Prince of Ardalan, Dorian. He tells her of a competition that his father the King is having. The competition is to find the best assassin in the land who will serve the king. Her reward is that she will gain her freedom. Celaena is an amazing female character who does not care what anyone else thinks and will not step down for any man. She has so much sass it is amazing and as a person who would love to be sassy it was great. Her interaction with all of the other characters are amazing. She is an amazing character and overall amazing woman in all respects. She was an amazing point of view for an aspiring feminist.

Bottom line: I started reading the Throne of Glass series earlier this month as the first book of the month. This was a mistake. The Throne of Glass series is an amazing series with major twists and turns along the way. I was completely hooked. So if you are planning to read more than just this series over the month read this book last. This book is definitely not for anyone less than 13 I would even say possibly late 13s at the most. Celaena is amazing but she does have a bit of a foul mouth. There are also many kissing scenes so that is why I would say late 13 at the most.

More please…: 9 Just because of the foul language and the kissing.

The Strange Tales of Ben Beesly, By Matt McNiel

Waverly and Oliver are two flies who live by themselves in a place with spiders and many enemies. One day they see something that looks like a comet fall to earth. It is a fly who only remembers his name, Ben Beesly. His two new friends nurse him back to health. Then his friends get bitten by some poisonous spiders and he needs to save them. They slowly degrade until he has to carry both of them. He goes to the spiders to try to get a cure. Will he succeed?

Bottom line: This is a really good book and deals with some really hard things. The author of this book has two kids named Waverly and Oliver. Both of his kids have Sanfilippo Syndrome or MPSIII. The poison from the spiders has the same effect as the disease. MPSIII is a genetic disorder that you do not know you have until you see symptoms. There is no cure. MPSIII is a disorder where there is a lack of an enzyme that controls the central nervous system. An enzyme is something that speeds up a chemical reaction. They feel that there is no hope for their kids but they want a cure for this disease. All of May 2015 is dedicated to this disease. You can donate money at:

Harry Potter and the Sorcerer’s Stone, by J.K. Rowling+

Harry Potter is an abused child that lives with his extended family who hate him. Both of his parents were killed in what he thinks was a car crash. He starts getting letters from some school but his Uncle won’t let him read them. On his 11th birthday a big man that says he is a wizard takes him to a school called Hogwarts. He gains two close friends Ron and Hermione and many enemies. Ron, Harry, and Hermione know that the school is hiding something. They look into it and have to defeat a number of challenges to save the school and the sorcerer’s stone.

Bottom line: These books are all amazing. J.K. Rowling gets you wrapped up in the ideas that she presents in these books. You love Harry and his relationship with his friends. This book is for 9 or 10 year olds. They books do get scarier as they go along because they follow Harry as he gets older. Harry also gets in more perilous situations.

This book is in both Tris and Four’s points of view. Tris and a couple others escape to outside the wall. What they find is amazing. Her city is an experiment made by the government because of genetic experiments. They would take out the gene that makes people lie but it makes them ruthlessly truthful. Things like that, hence the faction system. Four joins in a rebellion that wants to overthrow the experiments. He doesn’t get all the information though and lots of people are killed and hurt. Tris and Four’s relationship is still very rocky.

Bottom line: This book is a lot better than the last. It does end the series. The ending is very controversial. I think it needed to happen.

Insurgent is the sequel to Divergent. Tris is grieving the death of many friends and family. This makes her very angry and hopeless. She does stupid things that lead to other people getting hurt trying to help her. Her relationship with everyone is very rocky and strange. She is still a very good narrator but you do spend a lot of time with her. She releases a video to the public that tells them some very important things. The next book is about what she does with the consequences of showing the video.

Bottom line: This book is okay. Not my favorite though. In the first book, you learn to love Tris and her relationship with not only Four but her friends as well. In this book Tris and Four’s relationship is rocky at best, and Tris has a very suicidal nature. I would say that this book is still okay for 6th graders but later 6th graders that have a stable environment. Only because of Tris’ suicidal nature. This book is still very important to the story. 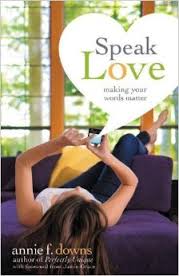 Speak Love is a non-fiction how-to sort of book. It is about speaking love as a teen or close to teenager. She is funny and tells stories about how she didn’t speak love. She doesn’t make you feel too bad but gets across not to be mean to people. She gives you bible verses to read and questions to journal. She is funny and I think this book can change the teen world as we now know it.

Bottom line: It’s a good book. I got bored. I think because of the only reason that I am a bit younger than I think you really should be to read this. And also I stopped to read other books before I finished this so I think that was another problem. A good age is 13 years old.

Divergent is about this girl named Tris who finds out that she is divergent. Being divergent is very dangerous. It means that you fit into more than one category or faction. There are five factions: Erudite, the intelligent; Dauntless, the brave; Abnegation, the 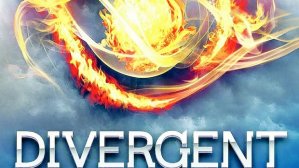 selfless; Amity, the kind; and Candor, the truthful. In this society, once you are 16, you take a test to find out what faction you are supposed to be in. The next day, you chose what faction in front of everyone in all the factions. You choose by cutting your hand and dropping your blood into a bowl. She chooses Dauntless and has to go through initiation which if you do not pass you will have to live homeless in the factionless. She finds her best friends and her boy-friend Four. Then the Erudite put transmitters in the Dauntless. They control the Dauntless to attack Abnegation because the Erudite want power. Tris has to try to save everyone.

In this book, it ends off The Heros of Olympus series. This whole series is amazing but, the Blood of Olympus is probably my

favorite book in the entire series. Like all the other books, it picks up where the series left off. They have closed the doors of death but now still need to defeat Gaea. The gods are having multiple personality disorder because their Roman and Greek sides are warring with each other. This is because the Roman and Greek demigods are at war with each other. The demigods have split up. The first seven are still together but Nico, Reyna, and Coach Hedge are shadow traveling the Athena Parthenos to Camp Half-blood to stop the war. Meanwhile, the seven are looking for clues on how to defeat Gaea and destroy the giants without the gods help. Nico, Reyna, and Coach Hedge are able to get the Athena Parthenos to Camp Half-blood and stop the war. The Seven come just in time after defeating the giants. But are they able to defeat Gaea?

Bottom line: This book is actually less scary then the last two because they are no longer in the underworld for half the book. As I said before I LOVE this book. One of the best I have ever read. I think it is for 5th and older but well educated 4th graders could read it. Although, if you go by what I say your well educated 4th grader would have to miss two books in the series which would not work, so I do not really know what to do about that one.

In the end of The Mark of Athena, there is a big cliff hanger. In this book, it picks up where they left off. Percy and Annabeth fall into Tartarus and have to find the doors of death to get out. But the doors of death also need to be closed from both sides of the underworld and the mortal world. The rest of the demigods on the Argo ll need to get to the doors of death. If they do not close the doors of death, Gaea’s monsters will never die.

Bottom line: It is a bit scarier because they are in the underworld and that is a scary place. I love all of the characters on the Argo ll so much. They are all amazing. It is for 5th grade and older.

I have a kid in my class who always drops his books. When you carry all your books around it is inevitable to drop something. But, do you have to kick it down the hall before you pick it up?! This happens all the time, with multiple people. I hate it even

more when its a book I love!! Why do we kick books? Also, I have issues with highlighting and writing in books. Why could you not use a different paper! It is not as bad as writing on a book for no reason. Please STOP abusing books!